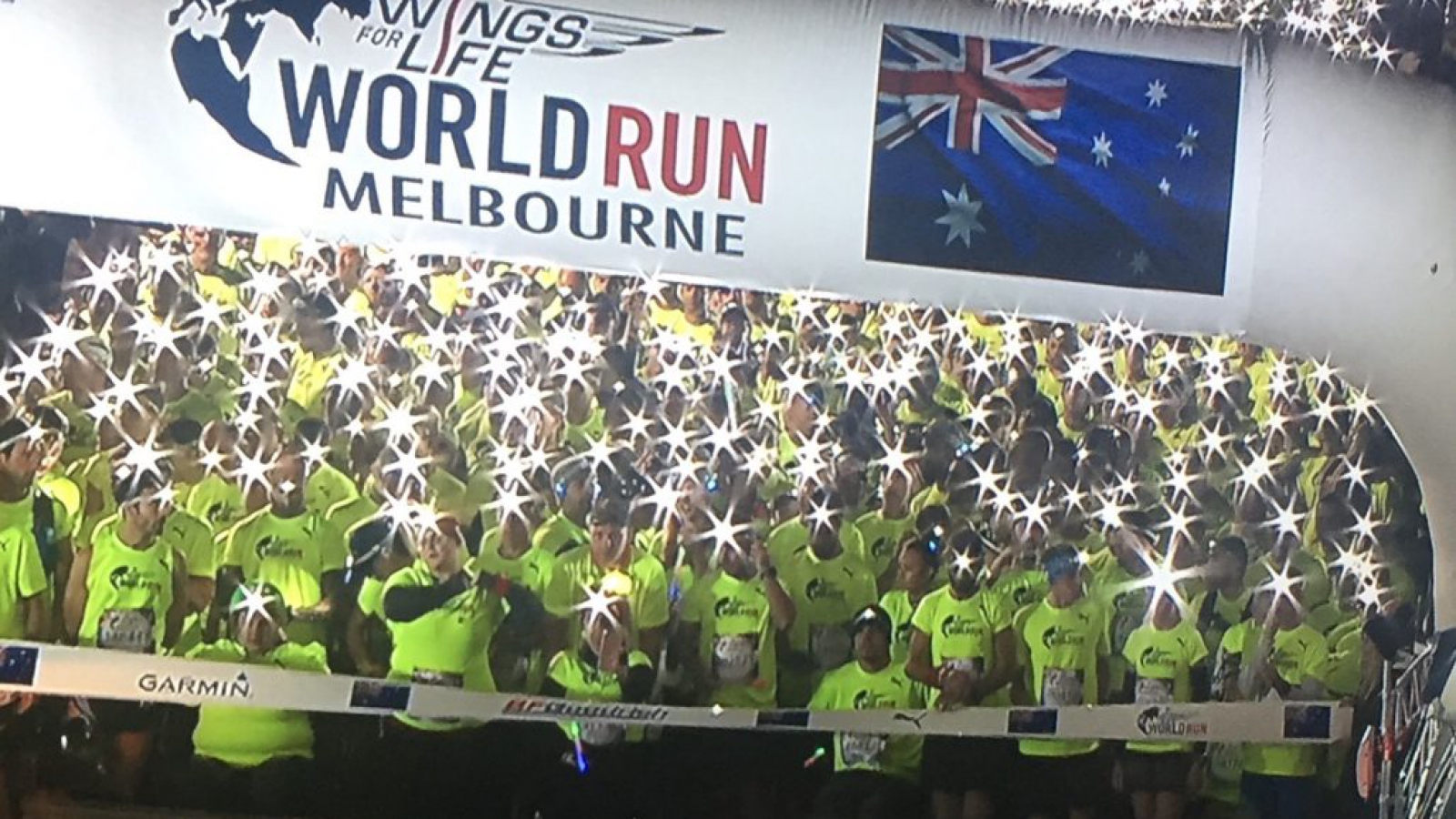 The Wings for Life Charity World Run is a global event that raises money for ongoing research into spinal cord injuries.

The event starts at exactly the same time around the world with thousands of participants. The first 2014 event was held in Western Australia but due to low patronage, Red Bull decided the Australian Events Capital, Melbourne, was the better place to be.

Red Bull engaged a local company to deliver the 2015 event, which was planned for Beach Road, through Melbourne’s bayside suburbs. With only twelve weeks to go and thousands of participants already signed up, the organisers had received a very firm “No” to the event by local authorities.

Steve discusses why this event was a challenge and how Sentry Safety Systems stepped in to help create a risk strategy that alleviated the concerns of approving authorities.

Who were the approving authorities and why did this particular event concern them?

The Wings for Life World Run event required a permit from the Victoria Police to go ahead. With only twelve weeks until the date scheduled for the event, the organisers were met with a firm no, and the permit was denied. Other than the Victoria Police, other approvals required were by Vic Roads (now Department of Transport) and the local governments in each of the respective bayside suburbs. Once the Police were satisfied however, so were the other agencies.

This was the first event of its type and the Victoria Police had never previously issued a permit for a race on a roadway between the hours of sunset and sunrise. Their concern was the safety of participants and bystanders, and being a first event such as this, they had legitimate concerns the race could be delivered safely. The risk planning provided to the police up until this point were deemed sufficiently inadequate to allay their concerns.

What was particularly challenging about the Red Bull event in 2015?

The first Wings for Life World Run Melbourne event was planned around Port Phillip Bay from Beach Road in Port Melbourne to Mordialloc, returning via the same route for a 65 km run.

This would not have been our choice. Not only were there risks with the potential of a vehicle coming out of every side street, driveway, and car park along the route, the event was happening at night which meant reduced visibility and traffic travelling in both directions along Beach Road.

The organisers had not arranged a backup plan and therefore if the Police said no, there was no alternative route.

The other issue was the timing. The event had to commence at exactly the same time around the globe, involving 35+ countries and over 100,000 participants and the start time could not be missed.

What were the key risks associated with the event that made it difficult to obtain the required approvals?

The risk of participants being hit by vehicles – passing vehicles or event vehicles – was our main concern. The most crucial part of the risk management plan was to create separation or distance between people and moving vehicles.

How did Sentry Safety step in to help turn the initial No into a Yes?

Fortunately, through our involvement with major events in Victoria such as Formula One, Thoroughbred Racing Carnivals, the Australian Open, White Night events and more, we had a good track record for providing solid risk strategies that delivered what authorities needed. We requested a high-level stakeholder meeting with Victoria Police and other major government authorities to clearly understand their concerns. The Victoria Police required risk and emergency management plans that were robust enough to support the application.

Following that meeting, the process of due diligence and applying rigour began in preparing the plans and liaising with other government agencies to provide a robust and well thought out strategy. They wanted to know we would deliver on what we said we were going to do.

That first year proceeded without any adverse event but it was acknowledged by all that if it were to continue, more work was needed. Fortunately for us, we were granted the privilege of delivering the next four events, using the outbound side of the Monash Freeway where there was no requirement to contend with driveways, carparks or crossroads.

The event continued with a more rigorous and planned out risk management strategy which was more appropriate and much safer to control. For those next four years, there was not one safety issue encountered, even in the worst weather conditions on one occasion.

How does L.E.V.8® help an event of this size obtain approval to proceed?

“L.E.V.8® was developed as a result of the need of delivering large scale events such as Wings for Life and manages the whole cycle from event planning to delivery. It provides a platform that collects and collates all the data needed for an event in one single location.

This means people don’t have to go and find bits of information in email attachments, spreadsheets, whiteboards or anywhere else they might typically keep important data related to the event.

L.E.V.8® holds information for issues management, event logging and incident tracking all in one place. Everyone in the organisation has the same visibility of how the event is going to run. This level of transparency saves an enormous amount of time and money.

One of my clients was able to redeploy two full time staff into other roles in their business once they started using L.E.V.8®.”

Request a demo of the L.E.V.8® Compliance Management Portal

Book a free 30 minute chat about any of the challenges you may be facing in getting your event approved or back up and running – we’re here to help.

Book an appointment here to discuss your needs.

Watch the video interview with Steve below